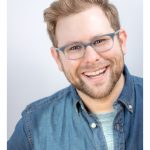 SEAN MILLER-JONES (Assistant) Originally from Hamilton, OH, Sean attended Wright State University, where he earned his BFA in Musical Theatre. Since moving to New York, Sean has been regularly working with Vital Theatre Company, where he as appeared as Mr. Pinkerton in Pinkalicious and The Cowardly Lion in The Wizard of Oz, among others. Some of Sean’s favorite credits include Ko-Ko in The Hot Mikado, Seymour in Little Shop of Horrors, Lopakhin in The Cherry Orchard, and Leaf Coneybear in 25th Annual Putnam County Spelling Bee. seanmillerjones.com 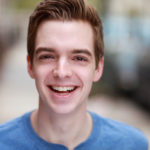 PHILIP LOUIS CALABRO (Assistant) couldn’t be more thrilled to be part of The Amazing Max, and is so grateful to be able to combine his passions for entertainment and working with young people. He has been with the TAM team since 2013 after moving to NYC from South Carolina with a theatre degree. Currently he is the Education Associate at Theatre for a New Audience working with schools across all 5 boroughs. Philip has also appeared both on-stage and off in NYC, the Berkshires (Barrington Stage Co.), and elsewhere. He is a proud founding member of Orphans Productions, an award-winning digital film company.  orphansproductions.com 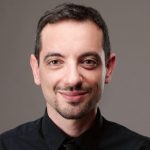 MARIO MERONE (Assistant) graduated of Silvio d’Amico National Academy of Dramatic Arts in Rome and has a BA in Drama at University of Bologna. He has performed and directed many plays across the Europe including Romeo and Juliet, Schindler’s List, The Wizard of Oz, Miles Gloriosus, and A Midsummer Night. He is a member of KIT Theater Company and performed as a leading role in Six Characters in Search of a Country during the PEN International Theater Festival. As a drama teacher he worked for HVA and Castillo Theatre in New York. Mario is proud to be part of The Amazing Max and happy to spread the joy and happiness which this performance brings everywhere. 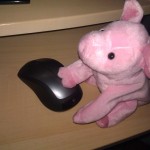 HAMLET (Max’s assistant)
Hamlet comes from a long line of magical pigs. When not performing with Max he spends his free time taking naps, rolling in mud, and making himself as smelly as possible. He likes fast cars, practical jokes, and starting trends via twitter.  #Hamlet

SCOTT DELACRUZ (Production Manager) works as a stage manager and production manager.  Recent projects include:  The Marvelous Wonderettes, Naked Boys Singing, Newsical, Bare, Home Street Home, Country Gravy & Other Obsessions and King Michael among others. He also co-owns the production company, All The Way Around, with Chandler Wild.  They are a production firm dedicated to telling stories that matter for the stage and screen.  Their film work ranges from short form web content to features intended for theatrical distribution.  Their current award-winning feature documentary, “Mount Lawrence”, was just released by MouseTrap Films.  Scott is also the Building Manager for the Westside Theatre.

FRANCES HUGHES (Company Manager/Stage Manager) graduated from SUNY Buffalo State with a B.A. in Theatre. Frances has been working with The Amazing Max for two years both on tour and in NYC and is currently the Company Manager. She also stage manages for Vital Theatre Company  (tour and NYC productions) with recent credits including Angelina Ballerina the Musical, Pinkalicious the Musical, Wizard of Oz and Fancy Nancy Splendiforous Christmas.  In the past years, Frances has also worked with Bay Area Children’s Theatre as the tour Production Stage Manager of Ladybug Girl and Bumblebee Boy the Musical andGoodnight Goodnight Construction Site the Musical. She hopes you all enjoy the show!

CHRISTINE COX (Producer) has extensive experience working in young audience programming and education.  Her company, C Squared Entertainment, represents family friendly organizations and shows.  Clients include 14th St Y, New York Gilbert and Sullivan Players, The Singing Zoologist, among others.  She co-created NYC based event company, A Princess Visit featured on the Today Show teaching Dylan Dreyer how to play the role of a professional party princess!  As a teaching artist she created an elementary dance program, 5th Grade Ballroom Stars, which teaches the importance of etiquette and respect.  She is a partner of 3C Theater Consulting.