Posted by Max Darwin
· No Comments

AHRC on Broadway performs Beauty and the Beast

You know the rare occasion when someone says, “I just saw a show that had EVERYTHING.”  A few months back I saw a production of Peter Pan that made me howl with laughter and cry with joy.  It really did have everything.

AHRC on Broadway is a program founded by Broadway veteran Dale Hensley that brings together Broadway actors and adults with developmental disabilities to perform abridged versions of Broadway shows.  After I saw Peter Pan, with my heart still bursting,  I talked to Dale, he gave me a hug, and immediately made me a part of the club!

A week or two later I jumped right in as magic consultant for their next production, Beauty and The Beast. Together we made the Beasts magic rose appear at the beginning of the show, we made a scarf change colors, and we made the rose disappear at the end of the show.  Oh and I added in a big blast of confetti during their curtain call.  Because, ya know, confetti…!

The cast were so enthusiastic and filled with joy that it was contagious.  Wednesday, July 18th was their final of two performances and, just as in Peter Pan, they had the audience howling with laughter and in the palm of their hand.  It’s a program I’m really proud to be a part of and can’t wait to work with again very very soon.  Find out more about this amazing program here.

Here’s some pics of rehearsal and the show!

Oriana and Perina in rehearsal 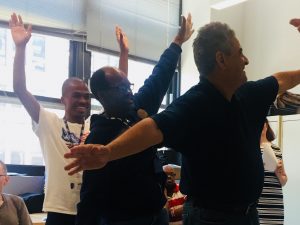 Wilmer, George, and Eric in Be Our Guest! 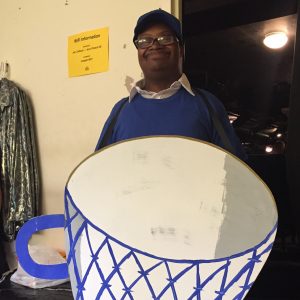 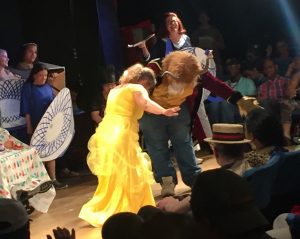 Aleksandra and Major as Belle and The Beast 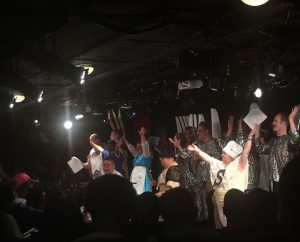