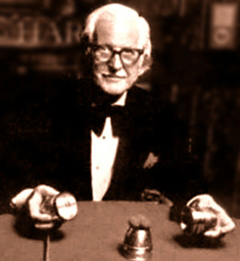 Posted by chris.nyland
· No Comments 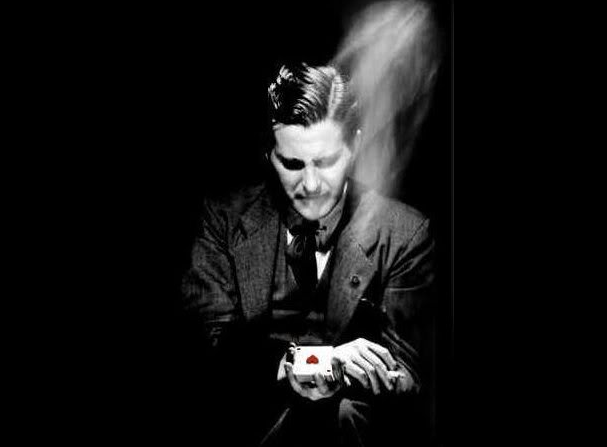 At the height of his career, Harry Houdini extended an ongoing challenge to his fellow magicians—‘show me any card trick three times and I’ll be able to tell you how you did it.’

Well Dai Vernon took him up on it, and performed his card trick not three but seven times. Vernon had Houdini draw a card from the deck, write his initials on it, and then insert it back in the middle of the deck. Vernon then snapped his fingers and revealed that Houdini’s card was now on top of the deck.

Though Houdini never admitted to having been duped, his wife, Bess, later told Vernon that Houdini had been up half the night trying to figure the trick out—unsuccessfully.

Vernon’s knowledge of Magic was so great that there was almost no question he couldn’t answer earning Dai Vernon his nickname, “The Professor”.  The body of work he left to the art of magic is so grand in scope that almost every living Magician, including The Amazing Max, has been directly or indirectly influenced by his work and the legacy Dai Vernon created.