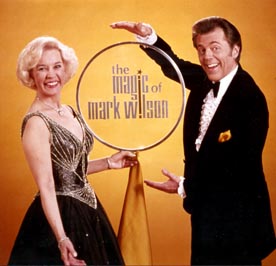 Posted by chris.nyland
· No Comments

You may have never heard of Mark Wilson, but in the sixties he was a household name. In the early days of television, Mark Wilson created and starred in a series of magical television shows, most notably The Magic Land of Allakazam, which ran from 1960 to 1964 and brought magic into living rooms across the country.

Although he also had a successful career outside of television—performing in Las Vegas and around the world—Mark Wilson will always be remembered as the man who paved the way for all of the TV magicians who have followed him—and who made magic accessible to children across America.

Here’s a Douglas Magicland ad from 1956!