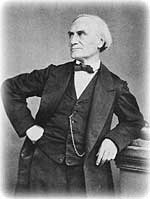 Posted by kthrasher
· No Comments 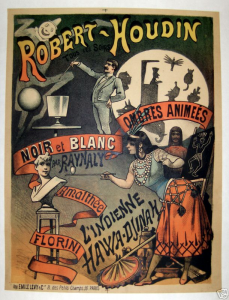 Born the son of a clockmaker in 1805, Jean Eugene Robert-Houdin originally intended to follow in his father’s footsteps. It wasn’t until he was in his mid twenties–when a shopkeeper mistakenly sold him a pair of books about magic rather than the ones about clockmaking that he’s asked for–that Robert-Houdin began thinking about magic.

His non-magical origins served him well; Robert-Houdin went on to amaze audiences, combining illusion and electricity for the first time, and ushering in a new age of stage rather than street performance. Robert-Houdin’s performances were often elaborate and some even involved intricate automatons he had constructed. He even set the top hat and coat tails example so many magicians follow today. It is for these reasons that he is often referred to as “The Father of Modern Magic.”

Max’s favorite Robert-Houdin story is how he used magic to stop an oncoming war in the 1850s. Google it; it’s a way of using magic for the better good!